We all had been hearing about the terms User Experience (UX) and User Interface (UI),  however it is being inadvertently misused in the design community. The user interface as it seems is not at all the same thing as the user experience. This confusion however is most likely to evolve from the overlap of the skill-sets and tools involved in UI & UX

UX is basically a combination of multiple tasks that is focused on the optimization of a mobile app for an effective and comfortable usage, the UI design is its complement, the look and feel, the presentation, and overall interactivity of an App.

UX design essentially helps users to accomplish a set of functional tasks across platforms and services while the UI design consists of compelling and aesthetically pleasing interfaces in which the user interacts with. UX and UI designers work in the same realm and on the same projects, but apply their own skills at various stages of development.

What is User Experience Design?

UX (User experience) or UXD, is the process of enhancing user satisfaction with a product by improving the usability, accessibility, and pleasure provided in the interaction with the product.The mobile UX encompasses the user’s perceptions and feelings before, during, and after their interaction with an app. This includes all aspects of the end-user’s interaction with the company, and its products/services.

The term “User Experience” was coined by Don Norman, the first to describe the importance of user-centered design, which is the concept that design decisions should be based solely on the needs and wants of your users.A UX Designer’s primary concern is all about how a product feels for the user, so the UX Designer will explore different options to solve user-specific pin points and provide them with a valuable solution. Ultimately, products with good UX are simple and user-friendly.

Why is UX Design Important?

Generally, a mobile app’s UX influences how users perceive it. Users often ask themselves if the app provides them value, if it’s easy to use, and if it will help them fulfill their goal. The answer to these questions should always be “YES”. The UX ultimately determines if a user will return to your app or if they will delete it altogether, possibly giving it a poor rating. 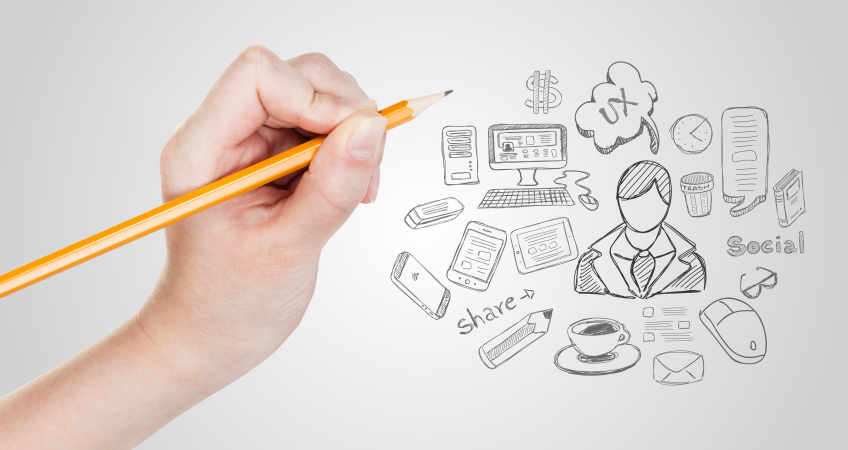 What Makes a Great User Experience?

Successful mobile apps have one thing in common: they benefit users. If a user is going to spend time on your app, it needs to be useful to them, offering a great deal of value. A useful product meets a need that is not already being met in the market. To create an amazing UX, your research process must include a competitive analysis, developing personas, and then developing a minimum viable product, POC, or prototype to test feature validity or market viability.

Typically, research is the first step when deciding whether to build a mobile app. UX designers conduct a lot of this research that will either validate or invalidate initial product ideas and guide the development of the product.

Though, it’s important to note that the UX encompasses much more than how a user feels about a product or service. It incorporates strategic aspects that involve a deep understanding of the business model and the processes that clients use. It also involves understanding the larger context in which users interact and engage.

The ultimate UX incorporates these three things to create solutions that meet the needs of the client, users, and ultimately work within the bounds of the technological platforms.

What is User Interface Design?

Interface design isn’t just about buttons and navigation menus but about the interaction between the user and the app. Put simply, the UI design isn’t how a product looks, but how it works. Where will you place the buttons and call-to-actions for your users to easily understand the flow of the app? Does a particular interface even need buttons? If so, what do those buttons need to do? For a good user interface, you should provide your users with the right actions to take to figure out how the app works for the user to accomplish their goal.

Why is UI Design Important?

UI designers are concerned with how the visual elements are laid out and how the product will look, which greatly influences an emotional connection with the user, whether negative or positive. There is still debate as to what sort of UI will establish a positive UX for the product. While many people think a beautiful interface is needed, many arguments can be made for a simplistic UI.

What Makes a Great User Interface?

While the UX not as visible to the user, the interface design is the first thing they will see, therefore immediately influencing the user’s perception of the app right from the start. It is the responsibility of the UI Designer to enhance the brand within the interface. UI Design ultimately helps guide users through the interface using visual aids. Here are a few elements of a great UI:

1. Clarity: The interface avoids confusion and ambiguity by making everything clear through language and visuals. Mobile apps with good UI usually don’t need manuals to show the user how the app works.

2. Familiarity: Many users like to see familiar features, buttons, or call-to-actions. This includes commons symbols, icons, or colors, to convey a message such as red to exit out or delete. Even if someone uses an interface for the first time, certain elements can be familiar.

3. Responsiveness: This includes speed as a good user interface should not lag or feel slow. Providing feedback when a screen is loading will also enhance the UI by keeping the user informed on what’s happening, for example, informing them when a purchase is being confirmed or data is being read.

4. Consistency: Keeping your interface consistent across your application is important because it allows users to recognize usage patterns. Once your users learn how certain parts of the interface work, they can apply this knowledge to new areas and features, provided that the user interface is consistent with what they already know.

5. Aesthetics: While it’s not necessary to make a user interface attractive for it to function properly, making something look attractive will make the app more enjoyable.

Although UX and UI Designers have different responsibilities, they work together to build a great product in which the user forms a connection with. A mobile app that flourishes in the market is one that solves user pain points, is clear and concise, making the product pleasurable for the user.

The Role of AI in the Future of eCommerce

Whether you’re interested in expanding the online presence of your brick and mortar business or optimizing your digital store, there has never been more exciting times to discuss eCommerce, traditional retail and the technologies that will affect both. Today we...

What is CDN Content delivery networks (CDN) is, in short, a  transparent backbone of the Internet in charge of content delivery. Whether we know it or not, every one of us interacts with CDNs on a daily basis; when reading...

How does a Dating App Work? In 2014, the dating business  created $2.1 billion in income as per IBISWorld dating master Jeremy Edwards. What’s more, since each other versatile client is actually attached to the cell phone from morning till...

Have you ever been so frustrated with your mobile banking app that you had almost switched to another bank? We feel your pain. It seems that most of our banks are lagging behind and can’t keep up with the latest...

Things You Should Learn from Apps That Go Viral

You might have seen many Mobile Apps that have really gone viral. The best example to quote is WhatsApp which now has over 1.3 billion users. The usage of WhatsApp for any smartphone user is inevitable. How did this happen?...

Artificial Intelligence (AI) is very well known and globally appreciated innovation that has opened the door to new era of technology and thus introducing us to the whole new dimension of human-machine interaction. Many tech giants like Google are betting lot...